Beckman.com is updating our online shopping experience. Some delays can be expected on January 15th from 7 AM EST  till January 16th 1 AM EST while these updates are being added. We appreciate your patience while we continue to improve the online experience at Beckman.com. 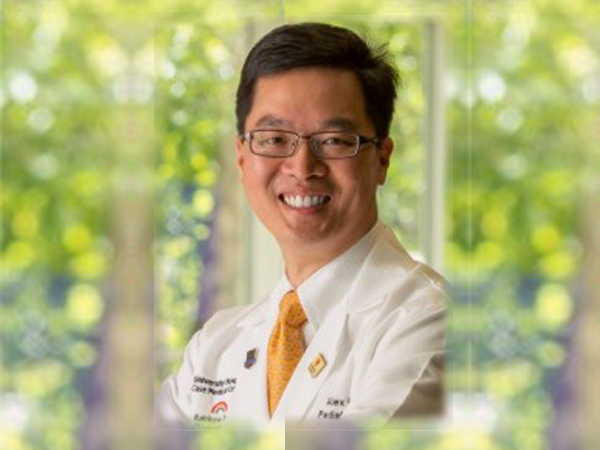 The potential for exploiting the immune system to control aggressive and metastatic cancers in pediatric and young adult patients reminds Dr. Alex Huang of the climactic moment in Return of the Jedi when the second Death Star is destroyed.

“When T-cells try to attack a cancer cell, the cancer cell puts up a ‘shield’ to prevent its destruction. That shield comes in different forms, such as an immune checkpoint blockade, though it essentially functions like the shield that protected the second Death Star.

“But when the rebel alliance destroyed the shield generator, the whole Death Star was blown up with one single shot. And over the last decade we’ve begun identifying some weaknesses in the ‘shields’ protecting tumor cells.”

These discoveries have given new hope to Dr. Huang and his colleagues around the world, who all have their own “Death Star” in their sights: pediatric cancer, the #1 cause of disease-related death for children and adolescents in the U.S.

This war has been going on for decades, but Dr. Huang points to many battles that have been won along the way, such as the development of a vaccine to prevent cancers related to the HPV virus, and the widespread success of bone marrow transplants.

Notwithstanding the battles won, there’s still a long way to go to win the war.

“The challenge now is identifying opportunities to move toward immunotherapy as a frontline treatment in certain cases of pediatric cancer.”

“We still are not doing very well in terms of refractory, recurrent, and metastatic disease, which continues to be a challenge despite intensive chemotherapy,” Dr. Huang says. “There's also a specific population of adolescents and young adults that have not benefitted from advances in traditional chemotherapeutic and surgery/radiation approaches.”

What’s more, he notes that children who are successfully cured of cancer with chemotherapy can have long-term side effects, a fact that has provided the impetus for an ongoing search for less-toxic options.

“In pediatrics, I think it’s fair to say we’ve been victims of our own success,” Dr. Huang says. “The challenge now is identifying opportunities to move toward immunotherapy as a frontline treatment in certain cases of pediatric cancer.”

Immunotherapy is promising not only because the body’s immune cells can go places where small molecules may not be able to reach, but also because of its potential for destroying the “protective shields” that safeguard cancer tumors.

“Over the last decade, we’ve found that one of the weaknesses in this shield is a checkpoint blockade inhibitor and PD-1, PD-L1 interactions,” he says.

The interactions between the trans-membrane protein known as programmed death-1 (PD-1) and one of its ligands, PD-L1, are widely considered one of the most important breakthrough targets in the development of effective immunotherapy.

Dr. Huang explains further: “The engagement of PD-1 on T-cells with PD-1 on tumor cells lets tumor cells thrive, and diminishes T-cell function. By blocking it, we can ‘supercharge’ T-cells and kill tumor cells in the process.”

So far, research has demonstrated that targeting PD-1 and PD-L1 can be effective in as many as 45% of patients—but unfortunately, not all tumors respond to therapy. Furthermore, those who do may not always correlate with tumor expression of PD-L1, which isn’t restricted to tumor cells, but can be expressed on immune cells as well.

Instead, Dr. Huang and his peers in pediatric oncology are encouraged by the emergence of other options for using immunotherapy to treat cancers that are common in children and adolescents.

“Pediatric oncology has led the way in application of CAR-T cells for treating B-cell leukemia,” he says, referring to T-cells genetically engineered to produce receptors on their surface dubbed chimeric antigen receptors (CARs). The resulting CAR-T cells can recognize and attach to a specific antigen on tumor cells.

“Also in pediatric oncology,” he adds, “an anti-GD2 monoclonal antibody that targets neuroblastoma was recently approved by the FDA.” GD2 is a disialoganglioside antigen expressed on tumors of neuroectodermal origin, such as melanoma and neuroblastoma—the latter being the most common malignancy in infants and the third most common cancer in children.

“Checkpoint blockades aren’t currently being studied in children, and using PD-L1 expression as a biomarker remains a controversial topic…”

Another area of research that especially excites Dr. Huang involves an enzyme called cyclin-dependent kinase 5 (CDK5), aberrant activations of which have been observed in multiple cancers. Tumors that express high levels of CDK5 lead to worse outcomes when compared to those with lower CDK5 activity. This has been clinically proven by research on a common pediatric brain tumor, medulloblastoma, which shows what seems to be an indirect inverse correlation between CDK5 activity and the level of CD3 T-cell infiltration.

“Somehow,” Dr. Huang explains, “the level of CDK5 expression in cancer cells is affecting the host immune response in the tumor microenvironment. Our laboratory, in collaboration with colleagues here on campus, have demonstrated that the same enzyme plays an important role in T-cell biology.

“It's an enzyme that might be a ‘double-edged sword,’ however, in that it might have a positive effect by targeting tumors, but a deleterious effect on T-cells. We’re in discussion with companies that make CDK5 inhibitors to investigate whether we can use the agents to condition the tumor microenvironment to make them more susceptible to immunotherapy.

“Clearly, CDK5 is important,” he says, “though its specific application for immunotherapy remains to be seen.”

As with conventional cancer therapies, immunotherapy has also started to post some victories in the win column.

“There have been several approvals for immune-based therapeutics,” Dr. Huang says. “And I believe this list will continue to grow at a steady pace.”

That pace will no doubt be much slower than the speed of the average rebel alliance X-wing fighter in a galaxy far away. But in our galaxy, Dr. Alex Huang’s goal, as daunting as it is, remains the same: the ultimate destruction of the Death Star known as pediatric cancer.

For more information, watch this webinar on the promise of immunotherapy featuring Dr. Huang.