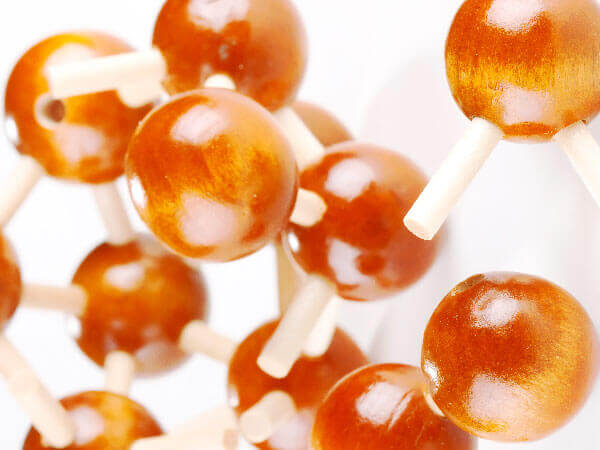 Differential ultracentrifugation has been described as the gold standard method for exosome isolation,1 due to its wide adoption and the highly pure exosomal fractions it produces. Automating the multistep isolation and characterization workflows can improve speed and accuracy, while minimizing hands-on time and inter-run variability. Despite the seemingly simple premise—multiple spins at multiple speeds—there are several steps in the workflow that can be tricky to standardize with manual methods. To improve the value of your isolated exosomes and any data derived from them, liquid-handling automation ensures reproducibility, traceability, and accuracy. Learn how automation can enable deeper analysis, increased flexibility downstream, and more accurate identification of small changes in exosome cargoes across timepoints and conditions.

Note: If your starting material is a biofluid from a liquid biopsy, you can skip this tip.

In most laboratories, growing cells to log phase is second nature. All that’s needed is a little extra time and a hemocytometer, so it’s not the growing of the cells to log phase that requires extra attention, it’s the plating of cells before growing to log phase. Oftentimes, despite a scientist’s best efforts, the cell count obtained via hemocytometer can be skewed by several variables, including aggregation, an inhomogeneous mixture, and improper calculation. To keep errors in cell density from derailing your exosome isolation from the very beginning, reliable cell counters   and liquid-handling automation for cell seeding can provide the accuracy and standardization that is sometimes missing from day-to-day, hands-on lab work.

Under- or over-seeded cells require vigilant monitoring by spectrophotometer so as not to miss log phase growth, and plates seeded with inaccurately counted cells at the same time may not be ready for exosome harvest at the same time. Cells seeded at a predictable density should reach log phase at a predictable time, keeping your assay on schedule. When dealing with adherent mammalian cells, several concurrent cultures are typically grown, enabling the assessment of growth phase by spectrophotometer without disruption of the experimental cells. Beyond the obvious benefits of standardizing your method of cell seeding, getting to know your cells’ typical growth attributes can help alert you to problems with your cells or culture conditions. If your cells typically achieve confluence in 18 hours, but your cells are lagging behind or racing ahead, it may be time to characterize a new aliquot of cells, or it may be signaling a change in media components or incubation conditions.

Why does log-phase growth matter when harvesting exosomes?

Since exosomes are the desired endpoint, the conditions under which cells are grown–and under which exosomes are released–can directly impact the quality of the exosomes and the value of their cargoes. For example, cells grown under stressful conditions–similar to those encountered in overcrowded, stationary-phase cultures– exhibited a shift in exosomal cargoes to reflect the harsher environment.2 If your experimental goal is to recapitulate exosomal cargoes from normal conditions, ensuring your exosomes were harvested at the right time matters.

Knowing your rotor for accurate ultracentrifugation

Walking up to the shared ultracentrifuge can be intimidating. It’s an expensive piece of equipment, and we’ve all heard horror stories about people using the wrong tubes or the wrong RPM/rcf/g conversion, and causing damage to the machine, not to mention losing their hard won samples. Ultracentrifugation demands a high level of precision, not only when preparing samples, but also when selecting the right rotor for the task. Choosing a rotor with a low k-factor, which refers to a calculation based on the centrifuge’s angular velocity and the rotor’s radii, ensures the most efficient differential centrifugation of your samples.1 For instance, a swinging-bucket rotor has a larger difference between its rotor’s minimum and maximum radii than does a fixed-angle rotor, meaning that identical samples in a fixed angle rotor should clear faster, and result in more accurate separation of bioparticles within the density gradient according to their isopycnic point, than in a swinging-bucket rotor. Keep in mind that k-factors refer to a particular rotor when used in a particular centrifuge, and they must be recalculated for each rotor/centrifuge combination. Speed is a second variable to keep in mind, and it will vary depending on the rotor used and the settings selected; making sure that your samples are spinning at the correct speed for the correct length of time is essential to the success of your exosome isolation with differential ultracentrifugation. To minimize the chances of the wrong rotor keeping your samples from pelleting appropriately, have confidence your rotor selection with the Beckman Rotor Selection Tool.

Density gradients are essential to the purity of isolated exosomes, as they exploit the difference in density between exosomes and other similarly-sized particles, like viruses and small apoptotic bodies, to reliably separate them from one another. Traditional density gradients have been built from increasingly concentrated sucrose solutions, but newer protocols have called for the use of an iodixanol gradient for improved separation and iso-osmotic preservation of exosome size. Other methods for isolation of exosomes are being proposed frequently, but none have been shown to outperform ultracentrifugation via density gradient for exosome purity and cargo diversity.3 Since the density gradient is central to the purity of ultracentrifuge-prepared exosomes, it is essential to ensure the accurate preparation of the constituent solutions, as well as the precise layering of the gradient. For these purposes, automated liquid handling is a natural fit. An automated liquid handler is capable of carefully layering the iodixanol/sucrose solutions to form a discontinuous density gradient.

Once isolated, exosomes may be directly analyzed for their cargoes (proteins, lipids, nucleic acids, etc.), or they may be further characterized to provide clues about their cells of origin. One common characterization step that may be automated is exosome size analysis, which relies on nanoparticle tracking to identify both exosome size distribution and concentration within the diluent. A nanoparticle tracking analysis (NTA) device can be easily incorporated into the complete exosome isolation and characterization, enabling accurate and reproducible determination of exosome size and concentration.

In most cases, the ultimate goal of exosome isolation is not simply to collect exosomes but to interrogate their cargoes as a means of understanding this newly appreciated form of intercellular communication. Scientists have successfully isolated DNA,4 RNA,5,6 and protein7,8 from exosomes, and have used them to analyze the key components and impacts of the small messengers. Some of these analyses, like RNA-seq, require carefully and reproducibly assembled reactions, which can be accomplished with liquid handling automation, while others, like ELISAs, require plate preparation, incubation, and plate reading capabilities, all of which can be programmed into a seamless workflow with smart, flexible automation.

Isolating exosomes with differential ultracentrifugation is an effective and reliable method for high purity enrichment. The multi-step workflow requires extreme precision and reproducibility, making it a natural choice for automation. To learn more about automating your exosome isolation and characterization, start by reading this application note.